Tiger Zinda Hai, Salman’s much-awaited film is all set to release on 22nd December 2017 and the masses can’t wait to witness this spy drama. While the sequel is directed by Kabir’s assistant director Ali Abbas Zafar, the film witnesses Salman and Katrina Kaif reprise their roles as Tiger and Zoya.

And as we wait to witness the magic of this Salman-Katrina starrer on the silver screen, a new song of the film has made its way to the internet.

Along with this title track online music, a new poster was also released. Taran Adarsh took to Twitter to share the poster and wrote, “#TigerZindaHai new poster… All eyes on this biggie…” 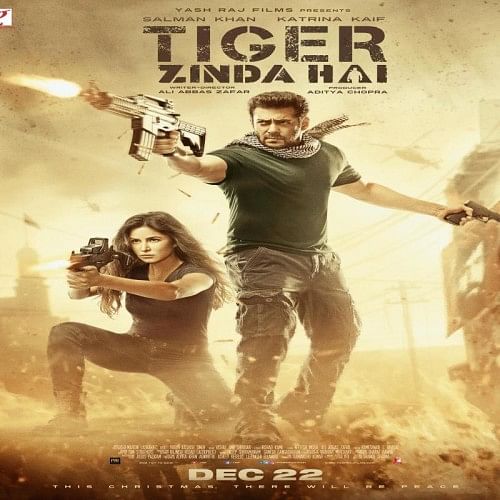 All eyes are glued on this Salman-Katrina starrer as the duo will be coming together on-screen after five years and with the looks of it, we can be assured that this duo is all set to mint money at ticket windows.

The hit pair of Salman as Tiger and Katrina as Zoya are reprising their roles from its prequel Ek Tha Tiger. The film’s setting is based on the 2014 hostage situation of Indian nurses by ISIL in Iraq.

The film’s music online has got great response. Dil Diyan Gallan, the romantic ballad of the year, has become the chartbuster. Swag Se Swagat is the new dance phenomenon.